If you’re considering having penile implant surgery, there are many things to consider. One of these things is choosing between an inflatable, rigid or semi-rigid implants. In this article we will briefly go over the basic inflatable penile implant types.

Penile Implants are used to treat Erectile Dysfunction (ED). They provide physical support to the penis so that the patient can achieve an erection. Inflatable implants are slightly more complicated to use than the semi-rigid implants. However, what they lack in simplicity they more than makeup for in functionality. As the name suggests, inflatable implants provide the patient with an erection when they are inflated. 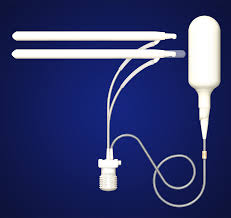 There are two types of inflatable implants: the three-piece and the two-piece inflatable devices. The three-piece is composed of two cylinders that are surgically placed in the penis. These cylinders are then attached to a tube that is connected to the reservoir, which is situated in the lower abdomen. The repository contains saline which is delivered to the cylinders by a pump, which is placed in the scrotal sac. When the patient is ready for sexual activity, he presses the pump, which then delivers the saline from the reservoir into the cylinders resulting in inflation of the penis causing an erection. When the patient is finished, he presses the deflator valve located at the bottom of the pump, which then delivers the saline back into the reservoir causing the penis to deflate and return to its normal, flaccid state. 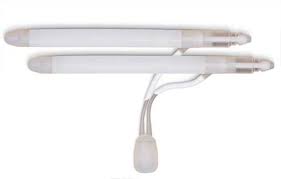 The two-piece inflatable implant works in much the same way as the three-piece except that the reservoir and the pump are combined into one unit. This reservoir-pump combo is placed inside the scrotum; therefore there are no parts placed within the lower abdomen, and the surgery is less complicated as compared to the three-piece implant.

By far the most significant advantage of using the inflatable devices instead of the semi-rigid implant is the ability to return to a flaccid state after sexual activity. With the simple push of the deflator valve, the patient can deflate his penis, which produces a much more natural feel and look as compared to the semi-rigid implant which prevents a return to a flaccid state. Besides some small scarring located on the underside of the penis and the scrotum, the inflatable implants are discreet and undetectable to the naked eye. Patients report that there are no changes to the sensation and ability to ejaculate with the outfitting of the inflatable implant.

However, there are some disadvantages to using the inflatable implants. Since the two-piece implant reservoir is comparatively smaller, there may not be enough saline in the reservoir-pump combo unit to produce a full erection as compared to the three-piece repository. Complication rates also tend to be higher with the inflatable implants as compared to the semi-rigid devices due in part to the multiple different units comprising the implant.

To find out more about penile implants, visit our website at FifthAvenueUrology.com