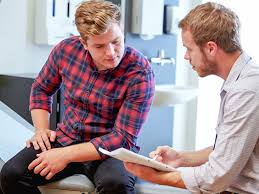 Inflatable penile prostheses are more extensively used, compared to the non-inflatable because of the former’s inherent benefits. However, we’re going to focus on non-inflatable or semi-rigid penile implants in this blog, discussing the different types along with the advantages and drawbacks of each. 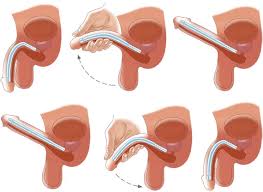 Non-inflatable penile implants are so called because these prosthetic devices come with rods or tubes that cannot be inflated and have a semi-rigid structure. Malleability and rigidness are the chief traits of non-inflatable implants, and owing to these distinctive, singular characteristics, the chances of leakage are minimal. At the same, these unique features enable the prostheses to remain in a functioning mode round the clock, and their fluid exchange requirement is less in comparison to inflatable models.

The non-inflatable, semi-rigid implants comprise chiefly of two pliant, bendable tubes constructed from a silicone material or coiled metallic wires. Once the prosthesis is successfully implanted inside your penis, you can expect an improved rigidity during coitus and also keep the organ concealed owing to the special materials used and also due to its shape and structure. 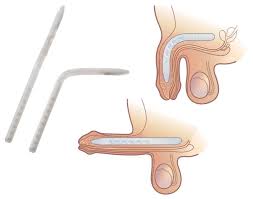 Another kind of non-inflatable, semi-rigid penile prosthesis that is somewhat less popular has silicone rods composed of articulating segments joined or interlocked with each other via a spring-activated cable on both ends. The spring-powered cables contribute towards keeping the polytetrafluoroethylene-coated ring segments in an erect and firm position as well as make them flaccid when deactivated.

The non-inflatable prostheses are supremely suitable for those whom durability and convenience of use matter more than the cosmetic benefits of inflatable penile prostheses or IPPs. Non-inflatable implants are embedded by making a ‘penoscrotal’ or an infrapubic incision which is larger in comparison to openings created for inserting inflatable tubes. Sometimes, the surgeon makes a partial subcoronal opening for placing the semi-rigid rods.

You can through the following two links for gaining a better understanding of semi-rigid penile prostheses:-

We sincerely hope that you’ll have a better idea about non-inflatable (both semi-rigid and articulating segments types) penile prostheses. The semi-rigid prosthetic penile implant (SPP) continues to be a feasible treatment option for a good proportion of males with ED, the better effectiveness rates (read satisfaction) of inflatable implants notwithstanding. Semi-rigid implants are still popular primarily because of their affordability and durability without a significant tradeoff regarding coital satisfaction.

If you wish to know whether you’re a candidate for semi-rigid or inflatable penile prosthesis implant, call us today at 212-541-6239.