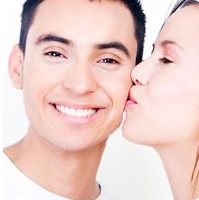 A penile prosthesis is another treatment option for men with erectile dysfunction (ED). These devices are either malleable (bendable) or inflatable. Today, many men choose a hydraulic, inflatable prosthesis, which allows a man to have an erection whenever he chooses and is much easier to hide.

A penile implant is usually used when there is a clear medical cause for erectile dysfunction (ED) and when there is minimal chance that the problem will resolve or improve naturally or with other medical methods.  A penile prosthesis is sometimes inserted during surgery to reconstruct the penis when scarring has caused erections to curve as in Peyronie’s disease.

How Does the Penile Implant Work?

To inflate the prosthesis, the man presses on the pump. The pump transfers fluid from the reservoir to the cylinders in the penis, inflating them and results in an erection. To deflate the penis, pressing on a deflation valve at the base of the pump returns the fluid to the reservoir and causes the penis to return to the normal flaccid state.

When the penis is inflated, the prosthesis makes the penis rigid and thick, much like a natural erection. A penile prosthesis does not change sensation on the skin of the penis or a man’s ability to reach orgasm and ejaculation is not affected.

Men have complained that their erection is erection is shorter than before the implant surgery but newer models have cylinders that may increase the length, thickness and stiffness of the penis.

It is important to understand that once a penile prosthesis is place in the penis, it may destroy the natural erection reflex. The result is that men usually cannot get an erection without inflating the implant and if the implant is removed, the man may never have erections without the penile implant.

How Effective is Penile Implant Surgery?

About 90% – 95% of inflatable prosthesis implants produce erections suitable for intercourse. A high percentage of men are satisfied with the results and say they would choose penile implant surgery again.

While most men have penile implant surgery success, no procedure is totally free of possible complications. Complications can include uncontrolled bleeding after the surgery, infection, scar tissue formation, erosion and mechanical failure leading to re-operation and removal.

Penile implant surgery is a serious decision that requires a medical consultation.  Contact us today at 212-541-6239 to schedule an appointment to discuss your options with the best Penile Implant Surgery doctor in NYC.